-->
Home
Knowledge
Programming
What is programming and how to learn programming? 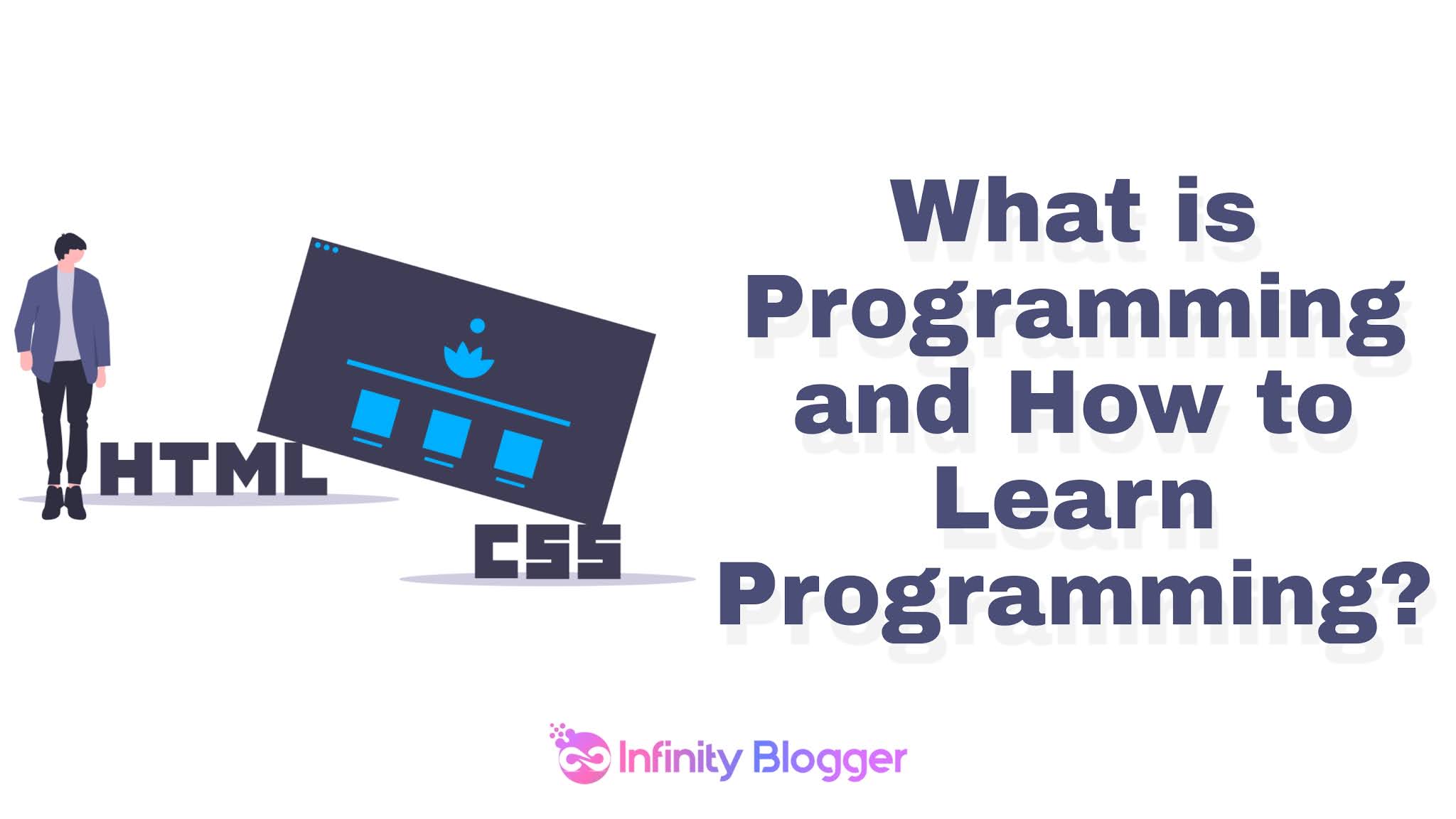 Today we are surrounded by science. Mobiles and laptops have become our daily necessities. When we talk about computers and simple devices, that word comes to us. With the help of software, we set up the computer to work. There are many programming languages that can perform various tasks on your computer. Creating these programs is called programming.

As technology grows, the future will be computers. Today we are doing a great job with AI, Machine upgrades, and Deep Learning Computers, and we've seen a lot of progress lately. The most important thing for all of this is programming. So if you want to learn the program, it works very well. We all can say that if you are going to programming then believe me your future will be very bright.

This article provides answers to some common questions about programming. What languages ​​are you interested in learning programs as well as programming?

What is a computer program?

Coding also means programming. First of all, you need to know what the program is, a program is a set of commands that a computer uses to perform a task. The program gives instructions to the computer. The language is used to write instructions programmatically.

These programs are built on your computer. The process of writing a program is called programming.
Let's Talk in detail

What is a programming language?

A programming language is a well-organized language used to create computer programs, applications, and simple tools. This is a set of commands that can produce different results.

Why were programming languages created?

Computers and the human brain are very different. This question comes to mind as to why programs cannot be run in a common language. Computers don't understand our language. Our language is not well defined and can confuse your computer.

We have common knowledge so people can understand languages ​​such as Hindi and English. Despite false information, unfinished pronunciation, and other filth, people can understand the meaning of words. Our Languages ​​can have many meanings in our language. You can know the exact meaning of a sentence that has multiple meanings depending on the context, but the computer can't do this. Therefore, the language had to be simple and easy to understand. Therefore, the conversations were conducted in an order that the computer could understand and mean the same.
People understand languages ​​like Hindi and English because we have common sense. But Computers can understand the meaning of a sentence despite wrong sentences, incomplete sentences, and other kinds of messes. A sentence can have many meanings in our languages. A person can identify the correct meaning of a sentence with many meanings according to the situation.
But computers cannot do this. That is why there was a need for different and simple kinds of language which should be simple and defined.
That is why programming languages ​​were created which could be understood by the computer and which had the same meaning in one instruction.

Every language has its own specialty. A different language is used for different work. Most of these 700 languages ​​are not used today. That is why if you want to learn to program, then choose a language that is needed.

I am telling you the names of some famous programming languages. These languages ​​are used a lot in today's and they are the most in-demand.

In nowadays we all can say that python is the most famous programming language in the world. Python is also used by large companies such as Google, Facebook, Instagram, and Microsoft. And also NASA uses Python.

Java is a very popular programming language. It's a language that deals with goals. Java is most often used in application development. In my view, if you want to be an app developer then Java is the best language for you.

C ++ is the most popular programming language. C ++ is also used for creating games. C++ is very useful for game developers. In addition, there are many languages you can learn.

How to learn programming

Learning the program is not easy. Learning programs require concentration and effort. If you want to learn how to program and become a designer, you can:

After choosing a language, you need to learn it. You have to do everything for that. You can watch language lessons on YouTube and on the internet. There are many internet resources where you can learn programming.

Creating a project means that you have learned how to handle programming. If you want to learn a game development program and making your own game, then you have to hard work. Complete the project you learned to program. You can create games, websites, or machine learning projects.

Learning the program is not easy. It takes time and effort. This program is a very popular skill. Therefore, trying this information is not a waste. I talked about what programming is. Now it's your job to learn programming. Many people teach free programs on YouTube and online.

How to Earn Money from Telegram Channel in 2021